Irrigation is a system unique to Enbesa, available in Land of Lions DLC. It is required to make all crop farms and fire stations operational, it is also useful for improving animal farms effectiveness.

Rivers in Enbesa contain river slots, where water pumps can be placed. Water taken from the rivers has to be distributed via canals, which irrigate the soil within 4 tile radius from each watered canal tile. The land turns from dry and yellowish into lush green area of irrigated soil. Water pumps have limited capacity, each pump can support up to 250 canals. If two water pumps are connected to each other via canals, their irrigation capacity is combined, which lets you build a longer canal than a single pump can support.

The number of river spots on an island is limited, therefore the number of water pumps you can build on each island is also limited. It is necessary to keep in mind that river slots are also required to place clay collectors and paper mills, so it is important to carefully manage and prioritise the use of river slots.

Empty canals in the dry part of an island

Canals are being filled with water irrigating the land around

Canals are fully filled with water, each canal tile irrigating 4 tiles of land in all directions from the canal, turning the dry land into lush green area

Teff Farm with a part of the fields being placed on dry soil, where no teff can be cultivated - fields not on irrigated soil are useless

Menu of Enbesan crop farms - the circle surrounding modules button indicates what part of modules is placed on irrigated soil, if the circle is not full, some fields lack access to water. The red triangle indicates that irrigation is absolutely necessary. 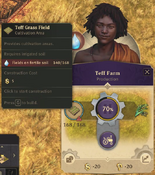 Menu of Enbesan animal farms - the circle surrounding modules button indicates what part of modules is placed on irrigated soil, if it is not full, some modules lack access to water. The yellow triangle indicates that some modules lack water but that irrigating them is not required. 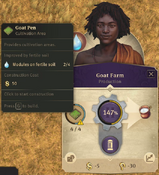 Hover over the productivity gear in the middle to see how much the farm currently profits from irrigation. Each irrigated module contributes twice as much productivity as without irrigation.

Fire Station has just gained access to water, and only now the training of firefighters has started

Fire Station has access to water, firefighters have been trained, and the station is fully operational and ready to extinguish fires

Things to keep in mind

There are many ways of arranging the canal system. There is no single way that would always work due to each island being different, having rivers and river spots in different locations and having some tiles near rivers and lakes already irrigated. However, there are certain strategies of arranging canals that can be used place canals as optimally as possible, to use as few canal tiles while irrigating as big part of the land as possible. Basic layouts such as straight lines, snake and spiral layouts are general examples how canals can be arranged. Branching allows to achieve flexibility, creating branches is a good way to adjust the canal system to any island and to player's individual needs. Crucial thing to remember is that each canal tile can irrigate land in every direction and 4 tiles away from the canal, therefore in order to utilise canals optimally, there should be at least 8 tiles of space between consecutive branches. 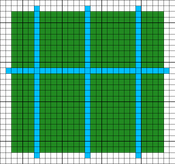 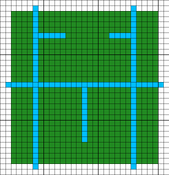 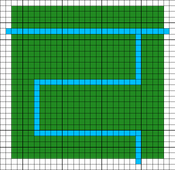 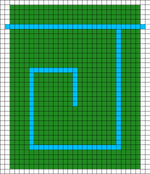